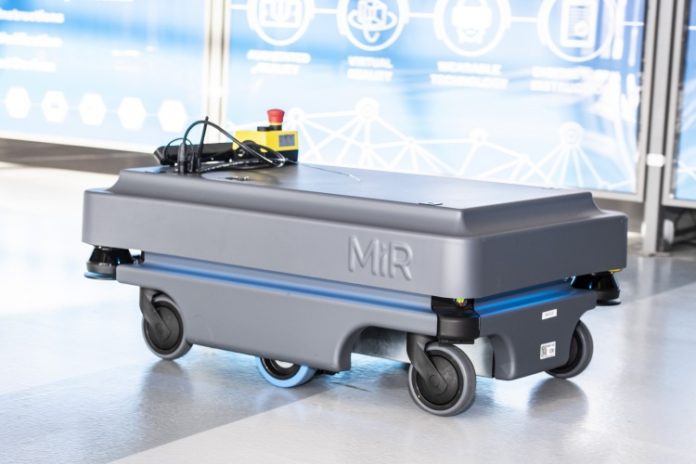 A collaborative research project between engineers at the AMRC’s Integrated Manufacturing Group in Sheffield and Airbus has been exploring the use of autonomous robots on the shop floor. 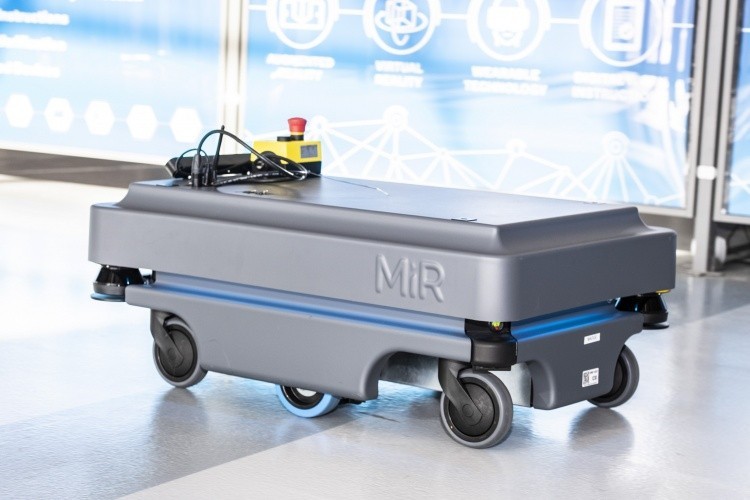 An MiR200 base robot moving around AMRC’s Factory 2050 independently during trials. Photo: AMRC

The project began by developing safe, automated means of delivering tooling supplies internally within the Airbus factory at Broughton in Wales, but could be expanded rapidly and ultimately lead to robots capable of transporting entire wing assemblies. Amer Liaqat, Technology Manager for Assembly Innovation & Development at Airbus UK, said: “This project has been Airbus’ first trial of autonomous mobile robots (AMRs) on the shop floor. We have made a number of enhancements to the standard off-the-shelf technology to make it safe and suitable for our factory environment and are now setting benchmark for its roll-out to other Airbus sites worldwide”.

The project was initiated to fulfil Airbus’ vision of automating component handling which involves significant amount of manual work due to the sheer size of the components and precision required during aircraft assembly. Automating this process will eliminate the non-value added operations and give significant benefits to Airbus in terms of capacity and rate ramp-up. AMRC Senior Project Engineer, Dr Lloyd Tinkler, said: “Supervised trials of the robots have already taken place….utilising them could save the whole time equivalent of one operator per shift in the current use case at Airbus, freeing time for the operators to work on highly-skilled tasks, ultimately improving shop floor productivity.

Commenting on the longer term potential for the technology Amer said: “Developing it further, we could see this technology being utilised to transport an entire aircraft wing between factories on site at Broughton”.

Airbus’ Autonomous Mobile Robot will be trialled in production in the East Factory at Broughton. Pictured: AMR1 parked up in a test area

The robots are based on the MiR200 robot from Danish company, Mobile Industrial Robots ApS. With a payload of 200kg and top speed of 4km/h the robots have been adapted by AMRC engineers to safely transport small items such as drilling tools.In-built laser scanners map the environment for the robots, so they can navigate their surroundings unaided by human intervention; whilst flashing lamps and beacons indicate current status and intended direction to those in the vicinity. AMRC and Airbus are drawing on simulation models of MiR200 robots developed by the Department of Automatic Control and Systems Engineering at the University of Sheffield to provide an assessment of how the robots will interact with the shop floor environment.

The University of Sheffield researchers are also working with AMRC to establish a business case for future deployments of AMRs across the Airbus shop floor. To support this, the AMRC has been making further adjustments to the AMRs, including the addition of cameras to monitor the number of tools delivered per shift and industrial laser scanners mounted vertically that will detect over hanging obstacles and enclose the robot in a protective field which will alert operators to any errors; disabling the robots safely if there are any problems.The project team is now collaborating to develop and publish a “highway code” for communication and interaction between autonomous systems and surrounding machines, objects and humans.

Robots vs. humans – a question of safety in working with robots